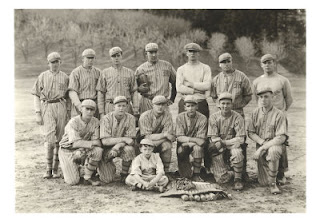 Just when you think there's no way to be surprised, a game like yesterday happens. But first a message from Jameson's Irish Whiskey, Player Preferred, Game Tested, that's Jameson's!

Anyway, I ended up on the bump once again, wheeling the ol' soup bone for another week. I felt good, it was a nice, cool winter day, and I was the designated driver on Saturday, so the lack of hangover was working for me. Unfortunately, my eyes were not really warmed up, I missed a sign on the second batter, Chris, who raked a four bagger that was still rolling when he crossed home. But it was early. Turns out for the other clubbers, it was early and often, they started tallying runs by the handful, helped by some 7-out innings, and suddenly the lead was becoming insurmountable. 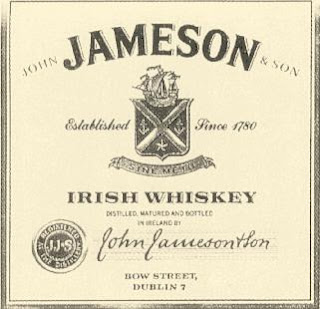 What was also apparent from the start was the other battery, Dustin and Noah, who had decided to come at our team like it was Game 7 of the Worlds Series. Through the first four innings, Greg and Johnny were our only batters who got a hit, and by the end of the 6th, Dustin had 12 strikeouts. Pretty amazing for this rag tag bunch of players.

We finally got on the board to break the shutout, and started our long slow climb back. By the 5th it was 9-2, and then fortune began to smile for us once more. That, Dustin probably got tired of smoking us, and a few opportunistic duffs and stingers, and all of sudden it was 9-8, and then we took the lead for the first time in the game.

I had decided that it wasn't my day on the hill and turned the game over to Greg in the 6th, who shut down the club for the rest of the match.

The dark began to descend and the ball was getting hard to see, but we made it to the 9th, and were crusing but Dustin's boys weren't out of ginger yet. Next thing you know there are men in scoring position, and we are trying to keep our eyes on the ball. Noah steps up with two outs and wallops one to deep center, surely the kind of thing that ties games up or more. But, in the end, this game was decided by the Mitch Factor. He snares them all, center, left, right, in, out. Many a game has rested on the fact that if Mitch can get to it, it's caught. He was guided by Lattig in left who gave him the right direction "Straight back, keep running." A team victory for sure.

Another Sunday in the books.

*A little player in the making who fetched our foul ball and was intrigued by the game.

*Nero's muscled up double to the gap

*G. Snyder showing us how it is done when you come back from a surfing vacation

*The home run, impressive Chris, if I hadn't seen it many times before.

*John Carey's first big league hit, which I believe was also an RBI. Nice work kid!
Posted by S. Paige at 11:32 AM No comments:

A Winter Game to Remember

So we were sitting out in the sunshine yesterday, sweating under the hot sun, when we realized that Christmas was coming up....I have to say, that there are few places I know of where one could play baseball year round. I know, I know, the winter ball in the tropics and Mexico are historical but I can't say that always playing in hot, humid conditions is my idea of paradise. Our game might be a little chilly sometimes, but a long sleeved shirt is the furthest I have to go.

Yesterday's game was also surprising in that we had 24 players show up, which is about 10 more than we have had consistently for the last six months. I didn't know what to do with myself not having to play defense for the other team (which I am sure they were grateful for). It was another close game, see-sawing back and forth, your humble narrator versus Johnny Bartlett, a rematch from last week. Johnny pitched his heart out, and made an amazing basket catch in foul territory, but some of the defense was not where it should be. I had my own share of gaffes, but managed to get a few lucky breaks. Lattig took over in the 6th and rode out the rest of the game with ease, Nice to see the arm back in shape, Mike. Another Mike pitched for Johnny's stalwarts, and that is some nasty screwball, and the knuckle is nothing to sneeze at either.

Our two youngest players, John Carey and Amelia Tiemann did great, for playing with a bunch of crotchety old men. A special shout-out to the fathers of these two players, Bob Carey who small-balled a run when we needed it, and JT Tiemann, who made a great play at first, in spite of taking a ball to the face (wear that shiner with pride, JT.) I know I was 0-5, with a strike out and two errors, so the game ball ain't coming my way. At least Mrs. Paige showed up to see my furthest attempt of the game, a texas leaguer to right field.

At the end of it all, it was another glorious Sunday in the park. With winter approaching quickly, I know it is inevitable that the rain is gonna fall, but for now, yesterday, I was exactly where I wanted to be.
Posted by S. Paige at 4:44 PM 4 comments: