Baseball in December, you betcha!

Quality game, well, depends on who you ask...

It was great to be out again, this time as my early Christmas present from Mrs. Paige.  Luckily it worked out real well.  We came in a couple hours early, lil' Satch exhausted himself riding his trike around the marina, we got an awesome parking spot, and the sun was shining.  Attendance was a little lacking at first but we eventually ended up with 17 which is very respectable considering it was three days before the holiday.

Chris Powell started for the homers, with his lovely fiance Lea in the stands, and he is looking better each time he throws.  We managed to score two runs off him in three innings, and that was it.  Mitch took over after him and it's true these two have become a force to be reckoned with.  Then they brought in AOY 2012 Phelps to close it out.  They all did well, and kept us visitors from ever really stringing anything together.

Satch went the distance for the visitors, and felt really good, 6 weeks of not throwing does wonders for the arm.  I think I had at least 7 Ks for the day, and threw a couple of fastballs that I didn't think I had in me anymore.  The breaking ball was wicked and the change up was equally nasty.  As Greg remarked around the 5th inning, "I don't know how you are losing this game."  But losing it I was.  The homers lit me up for a few, and my defense had a serious case of the bobbles for a while, and next thing you know, it's 6-2 in the 8th inning.

We had a mini comeback, and at least made it interesting for a second, but all of our run opportunities seemed to happen with 2 outs, and much like the rest of the game, we died with men on, and a final of 6-4.

* Sonny came out with his kid Oliver, who played defense with his dad in center and promptly caught my fly ball for the first out of the game.  Give it another six months and he is our new starting right fielder.

* I hit Bob with a fastball for the first time in a while, real scary.  Luckily, it apparently was a skimmer rather than a plunker.  Middle of the back.  I also hit Powell, who tried to duck.  Those were my only "walks" though.

* Jon Carey had at least two hits through the left side, it's like he took the Gasparian hit to the next level.

* JT gave me a real battle of an at bat

* Gaspar made an amazing sliding catch in foul territory.

* Dani was at bat five times, and counting interferences, was out 8 times.  But always great to see her.

* It was another 4 AOY day.  Shine up that Deserter trophy for Will, fyi.

* I had at least two hits that I was proud of.  I was on base four times, and never got past 2nd base.

* Phelps put one down the line at third that sealed my doom.

* The third base fill in for our team left a little to be desired at times.

* Dani made an amazing catch in right when we REALLY needed it!

* JT hit a ground ball to second that I think was bobbled five times in one play, that time he was meant to get on base.

* There were 4 bums lounging in the sun during the game, but no one really heckled us.  I miss the old bum.

* New guy Joe had a real nice double and a great throw to stop Phelps from trying to score.

* After I hit Bob, I threw a nice and easy pitch and he tattooed it and then said thank you.  When AOY meets AOY, they cancel each other out and become gentleman.

The chill was in the air and 14 of us squared off.

All were impressed Phelps arrived with Hawks in town. Powell grabbed the mound for the Homers and Greg for the Visitors. Chris was as sharp as the breeze going 5 strong with 2 or 3 Ks and no runs. Greg was equally sharp giving up just one run. The Homers scored a second run with a sac fly and the game was over in under 2 1/2 hours. Mitch closed it out for the homers. Seems like Mitch and Chris are the new 1-2 punch. Defense and good pitching kept this one low. Not one ball was hit over an outfielders head.

• Good to see Tony as all played with heavy hearts for Dee Dee.
• I made the best play I've ever made in the infield. Grounder up the middle, to back-hand flip to Mitch covering second.
• 9 innings at second base by a lefty - 0 errors - phew
• 3 AOYs all played on one team, seems like a theme
• Nero played a great 3B while filling in for the other team
• Lattig wore pants!
• Since this is so delayed, I forget the rest
Posted by S. Paige at 11:06 AM No comments: 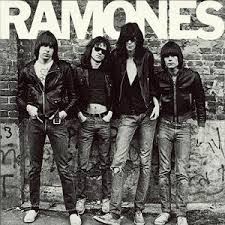 She was tough, she was scrappy, she was punk, she was our team.

Hope you are enjoying the good life, Dee Dee, Tony misses you, and we all do too.