I don't want to jinx anything but it seems like we are in the midst of a resurgence in attendance at the MBC.  We had 23 players for Sunday, and it was sure nice to be able to enjoy the game, rather than covering for the other teams defense.  I had lil' Satch with me, who covered left field and second base with me.

Mitch started for the homers and Mike Lattig for the visitors.  They both were tossing good ball, and the score after the first few innings was 3-1.  Mitch wanted it highlighted that in the course of two innings, he retired 5 batters on six pitches.  Pretty damn impressive.  According to my research, Walter Johnson had the most 3-pitch innings in MLB history, with 4.

Lattig gave way to Sonny, who did what he does best, frustrate hitters.  Powell was given the mop-up duty after that.  New guy Chris took over after Mitch, and then I got the 9th inning.  By that point the score was 6-2, and I thought that the 9th inning would not be a problem.  Shows what I know.

We had lost Greg to a knee injury and he took the momentum with him.  Powell got on, and scored, which is always sort of a given.  But the visitors were showing a lot of life, to the point that we had men on 2nd and 3rd, and the tying run at the plate.  A little more stressful than I was looking for in my inning of work.  JT gets a shout out for coming up with the big 2-out hit, when I was trying to shut it down.  Luckily, we got the fly ball that we needed and the game was ours.

* As far as I witnessed, Elvin had 1.000 defensive game.  He made some great catches in the outfield when we needed them.

* Adam likewise had a great game at first base, made some fantastic digs

* Chris Powell made an amazing leaping play at SS, to kill our rally

* Some new guy with a wicked sidearm motion played SS and had the unfortunate luck to get 4 ground balls in a row before he could settle in.  That motion has to be touch for the first baseman to track

* It is official, Loren and Coney Island James are competing for who will break out of their slump first.  Loren's girlfriend got footage of his at-bats on Sunday.  I doubt he wants to share those with the group.

* Mitch kind of did it all on Sunday, great performance on the mound, hit and scored runs, and caught to finish the game.  5 tools.

* While I didn't get him out, I did get Powell to swing and miss at a big ol' knuckleball

* James threw out Dennis from center field.  It's his new move.

* Doc came out and umpired from the 4th inning on.  It was great to see him, and he was moving like a spritely man of 55.

* Gaspar defied the Gasparian odds with a single up the middle, after hitting two foul balls that were textbook Gaspar

* Tony suggested that the Hall Of Shame post was too harsh.  I would counter that hitting anyone three times in one at-bat is harsh.  Even if it was Bob.

No rain for at least a few weeks in the forecast!


No word on the outcome of the game, but two notable occurrences:

* Abe left the game after fouling a ball off of his shin (Goose egg, no structural damage)

* Tony hit Bob three times in the course of one at-bat, which has to be a MBC record.  I will comb the archives to make sure, but welcome to the Hall of Shame, Mr. Rojas. 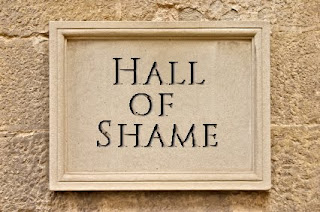 * No witnesses have come forward to testify if Bob rubbed any of the impacted areas.  For his sake, I hope not.

It was really nice to get out to the game again.

The holidays, the stress, the travel, the sickness, it call came a'calling this December, and damn it feels good to have it all be in the rear view mirror.  And what a field to play on, the West Sunset renovations have really spruced the place up.  In addition to the sculpted infield and new cages and fences, there is also a clean new bathroom facility, and paved dugouts to avoid the mud pits of yesteryear.  I love it!  And as an added bonus, when the high school team kicks you off the field in the middle of your game, the JV field is now fully integrated for actual baseball, no more multi-purpose, no mound fields!  Hooray!

We had 20 players come out, Sonny started for the homers, and Tony for the visitors.  The mystery of Sonny continues, as we were baffled through the first innings, unable to score a run, or even get good contact.  Tony was not in top form, but he made the pitches when they were absolutely needed, and he escaped several jams.  The homers scored first, and after what seemed like a really long time, we tied the game at 1, and then managed to go ahead 2-1.  There is stayed until I took over in the 5th inning.  I was itching to pitch, had been since a month earlier.  I didn't hit anyone, so I can say that.  I did cough up the lead, and we entered the middle innings knotted at 2.  Then the kids showed up, and we schlepped everything down to to the other diamond, kicked off the father and son who were minding their own business (happy ending: they went tot he upper field which was the right size for the kid) and kept on playing.  New guy had replaced Sonny, but the wildness remained.

We picked up another run, and down to the ninth we went, clutching at a 3-2 lead. Luckily the homers were a little too anxious to win that game, and the first two batters swung at the first pitch, and we had 2 outs just like that.  The game ended, but not the fire in the belly of the players, so we played on into extra innings.  The momentum shifted for the homers, and they finally scored the tying and then the winning run, capitalizing on our mistakes.

* There were at least 3 leaping catches of line drives: Powell, Zuckerman, Lattig

* Greg caught all 11 innings, like a real catcher is supposed to.

* Apparently Nick W. is a catcher now too, and a good one, by all accounts

* The Nick Smith shift paid off

* I had a defensive gem of a game, including a sliding catch on a dying line drive in right (ala Matt Stone), a hot one hopper back to the mound, a diving snare of a foul ball in no man's land on the third base side, and I remembered to back up third!

* Sonny pitched very well again, but I am starting to think that it is the effectively wild aspect is playing a bigger part than previously thought.

* Greg made several good blocks, until I could figure out how to throw my curveball

* The JV field boasts a left field fence, at about 258 feet?  It's a tantalizing attraction.  I got one chance and I hit an Oops ball through the right side of the infield.  Just as I planned.....

* The homers had a lot of speed on their side, we had James and then the rest of us, which could collectively be called The Trailer.

* Between Mitch at third, and Powell at SS, they made about 17 put outs for the homers.  Not hyperbole.

* Abe tried to stop a inside pitch with his hand.  When will these kids learn that the thing to do is lean back, but stick your elbow out, get hit, then milk the sympathy.

* James made a great play in short left, on the run from 3rd.  But it never should have been his ball.

* Dugout conversation: Why do we have so many lawyers that play with us?  The founding members of the MBC were the antithesis of lawyers, the dark matter of lawyers, if you will.  So what's the deal?  I guess if we ever needed legal advice, we have a wide array of experts to choose from, but so far, I don't think too many people have needed tax help, or committed a crime in Santa Cruz.  And why no MDs?  Doctors like baseball, don't they?  We have had at least two PhDs (Doc and JT) but no medical minds.  No RNs that I can think of either, which would actually be more helpful.

* Thanks to Sean P for this cinematic glimpse into what critics are calling:  A Perfect Start to a Failed Pitch Out: