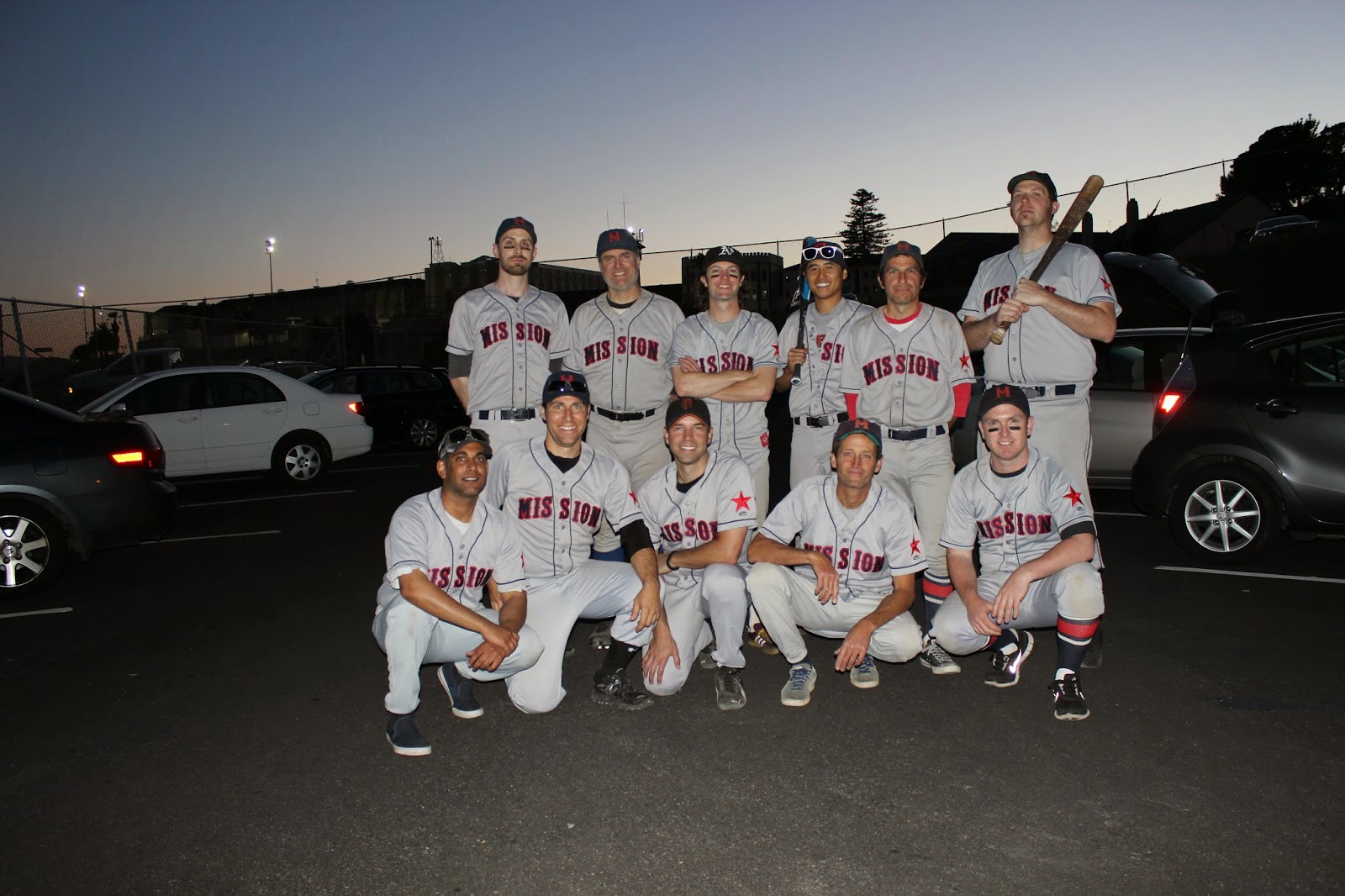 As usual traffic, was moderate to heavy in getting across the bay to the prison.  However, there were enough seasoned veterans that we had at least a fighting chance in the parking lot by 4:45.  Jimmy rolled in, as did Eliot the A's coach(finally) and we went through what was known and what was new.
The old was no hostage policy, bat limits, no food, tobacco or passing of notes.
The new part is that they do a full written inventory before and after now, and it's bad luck for Noah and  his three bags full of baseball crap.  Every team member gets to bring one glove (unless you are a catcher or a first basemen), one pair of shoes (no sandals, Nero!) and one set of catcher's gear (they allowed two in case Ed needed to catch, whose legs are apparently too short for the standard gear).  We can bring 4 bats and the coach can bring four bats, so in theory we can bring in 8 bats, since they borrow ours.  That's how I got the War Hammer in this time.
After a wait at the gate, the usual suspicious pawing of our gear and collection of our licenses, we headed for the entry point, to get our wanding and recheck of the gear.  You would think that with all the time wasted doing this, that the prisoners would be ready and chomping at the bit to play.  However, as always, they had finished the calisthenics and were just lounging around.  Eliot went to unlock their gear and somehow another 30 minutes passed where no one was in uniform yet.  We could get a lot more game in, if we weren't always waiting on this kind of stuff....
The game got off to good start, as we walked and walked and Brian Phelps hit a beautiful single to score two, and then we walked some more.  We scored three runs in the first, only to have them taken back plus one in the bottom of the first.  The first innings dropsies were in full effect, and the second hitter of the game hit an in the park home run on a high change up.  Then we had a pitch out victim dead to rights, and couldn't hold on to the ball, bloop, bobble, drop, shake, rattle, Phelps made the wise decision to go behind rather than in front of some guys wandering through left on a hit, our first out finally came due to the infield fly rule (never an auspicious opening).
After that, the baseball gods shined favorable on Satch, to the tune of 6 K's and no runs in the next three innings.  The gods apparently had it in for Kool Aid, the SQ As pitcher, as he walked at least 8 batters, he was sent to the showers (that's a lot more serious in prison, wakka wakka wakka).  Kool Aid gave way to some other thrower who was a little more accurate.
The end result was a four inning game, the final being 11-4, where we only got 4 hits.  But damnit, it's a win and we were all smiles as we left the prison.
Highlights:
* After what seemed like a very long first inning, our defense was pretty spotless
* Mitch made a couple of much needed catches in center and stole two-three bases?
* Nero went hitless for the first time in SQ, although he should have had a hit on one up the middle that the SS made a great play on
* The new umpire was reputed to be "great" by the A's.  Meh.

* Greg had a play that he considered blocking the plate, then quickly thought better

* I hit a guy, just barely, and we all ignored it and he went on with his at bat.

* Report was, some convict called me Satchel.  Good to know my name rings out in the yard....
* Red is gone, Otter is gone, there was a wholesale clearing of a lot of the players for various infractions and transfers.
* No one was thrown out from right field
* I struck out the guy who hit the homer off me, with a wicked curve ball.  Greg said he was talking up his own game in the batters box.
* The change up was again the delight of the inmates

* Chris smashed a ground rule double into the Indian prayer garden, for our best hit of the day
* Nero walked from home to home on four consecutive bases on balls
* Vinay, our lone first timer, tomahawked a ball for a RBI
* Elvin brought his white shades and his mismatched socks in again, his player/mascot status becoming more prominent
* I got hit and Jimmy got hit.  For myself, I can say it didn't hurt much and still doesn't.  However, it looks like hell.  This is known as a San Quentin Heart. 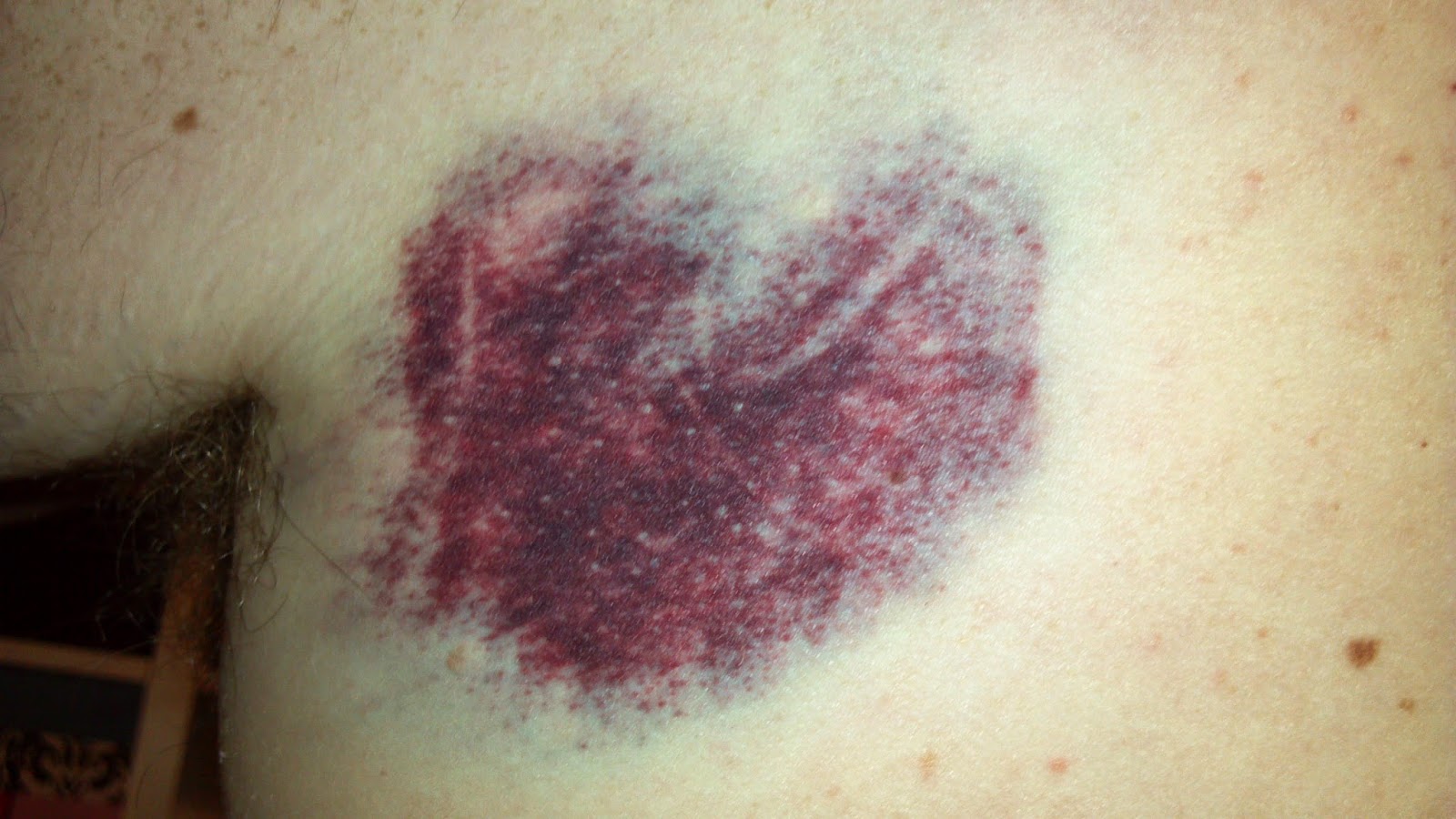 Congrats Victorious MBC'ers!  Next time, we may actually play enough to get an official win.

Back in the game, a glorious thing!


After a long separation from the Sunday classic, Satch returned to the field of glory.  There have been several games since the last time I wrote, but few that have been documented.  Always welcome a write up if any one feels the desire.

We were at Crocker Amazon, which I hadn't played at in a few years, however it is sight of one of two legitimate home runs I have hit in the MBC.  Enough about me though.


The field was in its usual tall grass, gopher-holed splendor, and we started 20 minutes late since the game before us seemed to be without end.  Old guys squared off against new guys-ish.  Satch versus Carter, who has improved a lot in his time with the 'ahem' other team.  But he looked good, kept it around the dish, and we were stifled most of the game.  Satch had a pocket full of K's for the day but alas, the old guys defense was at the mercy of the field and our own issues.  At one point I think I counted that each member of the infield, including myself, had at least 2 fielding or throwing errors.

The visitors weren't just hitting daisy cutters though, there was a lot of well squared knocks as well, and they added to their lead with each passing inning.  By the 4th inning the score was 7-1.  Well, you can't win them all, I guess.  And we didn't.  The game started to slow, but the the sun and the fresh air was unbeatable.

The homers fell behind 9-2 by the 7th and Satch gave over the ball to Greg.  With the agreement of all involved we decided to move ahead to the 9th inning and get this thing over with.  We had 16 to start and we lost 2 more in the later innings, so it was a case of finishing the game before it was 4 on 4.  We were also joined by an extremely intoxicated guy who had umpired the last game, and had hazy connections to the Roberto Clemente league that the MBC played in back in the early 90's.  So we let him umpire, but his strike zone may have been affected by the 20 beers he had consumed in the stands.

In any case, the homers mounted a comeback of sorts, Carter giving way to Elvin and Mitch, but we came up short in the end, and a final of 9-6 in favor of the new guys-ish, we all headed home.

* I got 2 strikes on about every hitter, but couldn't close the deal on the challenge pitch for most of them

* The visitors had four infield "hits" in a row at one point.

* Elvin was picked off at third in a play was an abject lesson is why sliding makes a difference.

* Mike Lattig was "safe" at third in a play that should have been a abject lesson in why sliding makes a difference.

* I came up with 2 outs every time I batted

* We had a fill in player from the game before, Fausto, and I felt so bad for the guy.  There were a couple of close plays that he flubbed but made a second effort on, and figured his team would back him up on and say the runner was out.  But both times he wasn't and we didn't.  I am sure he probably wondered why his own team was hating on him so much.

* Loren has managed to slim down and beef up at the same time.

* Gaspar managed to evade the shift each time, with lovely Laura in the stands

* Adam took a walk, which hasn't happened in a while

* No one broke an ankle, always a plus at Crocker Amazon