You football people make me sick It is a hard thing to justify, that somehow sitting at home, watching pituitary cases smash each others heads in on TV could be better than being out in the warm sun, playing the national sport. Yet, somehow, I think that is where the majority of the team was this weekend, cuz they sure weren’t out playing ball. We were lucky enough that Mitch pulled up stakes from the Eagles disaster he was attending to make us legal, and we all owe a big thanks to JT’s daughter, Amelia, for making the trek out to save our game, the swing is looking great!

Greg took the bump for the first time in quite a while, and managed to give up at least one run in every inning. That takes some skill, but then again, Greg’s arm doesn’t get heated up for at least five innings, so there is that to consider. It was a battle of the come backers, which I apparently have developed a proclivity for. In my defense, I wish I could say that I had that much control over that sort of thing, but I think there are only a few who can do that on our team (Mike Lattig, we are looking in your direction…..). So no sooner had I been brushed back and admonished for apparently trying to hit come backers, Greg hits one straight at my head. I still got enough pep to duck and cover, but I have to say that I got the message without the punctuation.

Sean, the new lefty, capable and not hurting after his debut last week, managed another fine outing to close the door, and I must say that curve ball is a thing of beauty. We gotta do something about those pockets though, you are taking the elephant ears to a whole new vista (glad to have you out there).

Defensive player has to go to Rick Kvoriak who had more gems than the Queen, and half of them were against his own team, not that we complained….Rick’s prediction of two errors didn’t happen, but he got the double, and I got him to swing at a lot of junk, so everybody was happy.

Highlights:
*Rick’s sno-cones at third
*The Krackatoa rally that almost was
*Four dents in cop cars ( we should limit our joyful response when the cop is there with his shotgun though)
*Nobody got hurt on the five come backers
*The Caribbean winter

Thanks to everybody who did show up, take care of that back Duane, and hope to see a lot more of you next week! 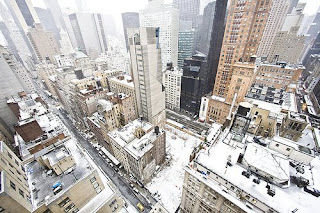 The game itself was some sort of monstrosity, I really hope that the division playoffs weren't the cause of the low turnout, but we did get to invent yet another game. We are calling this one Havana 6, since it is no where legal, but a lot of fun....

The dedication goes out to all of our Midwest and East Coast ballers in arms, who are currently freezing their spikes off in what is one of the coldest snaps that the country has seen in a while. The real point is that while we sympathize, we played a game on Sunday, misshapen though it was, in blue sky, 65 degree weather. Sorry, but its true. Now the frustration at only having 12 guys not withstanding, anything better than that is tough to argue with.

You get more exercise when there are only 6 guys on a team, something that is missing from a normal baseball game sometimes, and I have to say that 2 outfielders are able to track down most of what goes out there, even when one or both of the outfielders are on your team.

If it wasn't for some new blood, we would have been really screwed, but a crafty lefthander showed up and pitched a gem for a few innings, and then had the wherewithal to bow out before the arm went snap. We look forward to more outings. Yours truly threw 3 solid, and is happy and sad to say that my knuckleball career might have peaked. Tony got a knuckleball of mine, for a called strike three, I might add, that danced like Fred Astaire on a frozen pond (just to bring the winter analogy full circle.) Noah and Mike also pitched in a solid effort, and Tony threw six, which was a season high I think. Sure the score was in the 10-3 range, but did I mention that I was in short sleeves for the bulk of the game?

A warm day in the sun....I'll leave it at that for this week....maybe we'll see a few more of you this week.

To all the East Coasters, when you're ready to give up this winter nonsense, we'll have a position waiting for you.


See you in the sun, So we weathered another holiday time, and ushered in the first game of 2009. In between Xmas and NYE we managed an abbreviated game, in the form of Caracas 5, a game from the old days. However, this past Sunday was a tip to the harkened old days, 19 players, and a day full of sunshine.

I am happy to say that Mr. Paige as well as his match on the bump, Noah, threw complete games to open this year, and crafty they were at times...however it was a team effort as usual.

Particulars aside, it was a ground ball kind of day, and I was happy to see everyone of them. The days off were nice for the shoulder, but the back is still on vacation I think, or at the least, still suffering from a holiday hangover.

Highlights of the game:

-A great catch when I needed it from John Carey, keep it up!

-Greg's digs of wayyyyy too many balls in the dirt

-Gaspar, for providing the scouting report and going the extra distance

- Adam, for showing up after another time under the knife, and managing hits and a amazing defensive play


In the end though, it was just another Sunday, in the never ending season.

A side note to all those involved:

Remember when playing that we're all out here for fun, if your aggressiveness increases the chances of injuring a player and inhibiting his ability to make it out next Sunday, chances are, it's too aggressive.